‘Gatsby’ is the theme for FWKCC Silent & Live auction 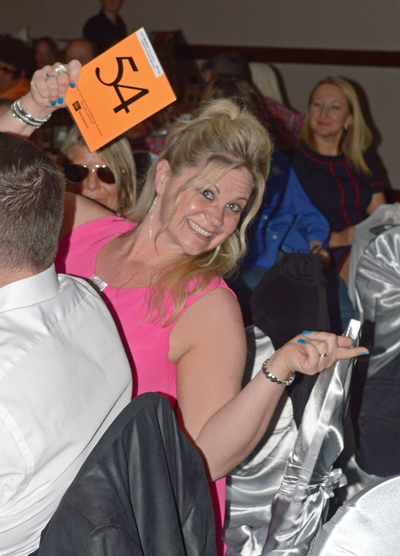 “It’s going to be a lot of fun,” FWKCC president/CEO Julie Blaylock said. “We have a lot of surprises in store.”

Those attending will journey back in virtual time to a 1920s speakeasy, featuring a secret entry door, for this year’s gala, slated to take place starting at 6 p.m., Friday, April 12, at Rothchild Catering & Conference Center, 8807 Kingston Pike, in West Knoxville, as the event takes on a “Great Gatsby” vibe.

“I can’t wait to see the room and our little speakeasy,” she said.

The event begins with the silent auction from 6 to 7:30 p.m. The buffet also begins at 6 p.m., and the live auction begins no later than 8 p.m., with Bear Stephenson returning as auctioneer.

“We hope to donate up to $2,000 for Emerald,” Blaylock said, explaining Emerald Youth Foundation provides opportunities for youths who normally do not get to participate in sports.

Blaylock urged people to register by Thursday, April 18, so catering can be confirmed. To register in advance, go online at farragutchamber.com and follow prompts or call the Chamber office at 865-675-7057.

At the door, ticket prices will increase by $10 a piece.

New to the event this year is a mac ’n cheese bar on the buffet, along with a special martini and fizzy flapper cocktail, and new surroundings: the gala also unveils Rothchild’s newly renovated grand ballroom, Blaylock said.

There also are returning favorites, such as the buffet, which she said fits in the 1920s’ theme since buffets were all the rave in that era.

The event also will feature the silent auction items and live auction “tabletops” — whose creators will compete.

“We have some awesome stuff,” Blaylock said.

One such competitor will be Smokies Baseball, which will bring into its tabletop auction display, the Gatsby character Meyer Wolfsheim, who was the man who fixed the 1919 World Series in the novel.

Another favorite is Rick Terry, owner of Rick Terry Jewelry Designs, who returns to bring something “beautiful to the table,” a 14-karat, white gold diamond-and-South Sea pearl cocktail ring valued at $6,950. The ring would either be a live auction item or a prize in a drawing, Blaylock said, adding either way, “you have to be there win the ring.”

“Rick Terry always has contributed to the auction,” she said about his sponsorship since 2017. “He has so much fun with it.”