‘Bring Your Pet to Work Day’ 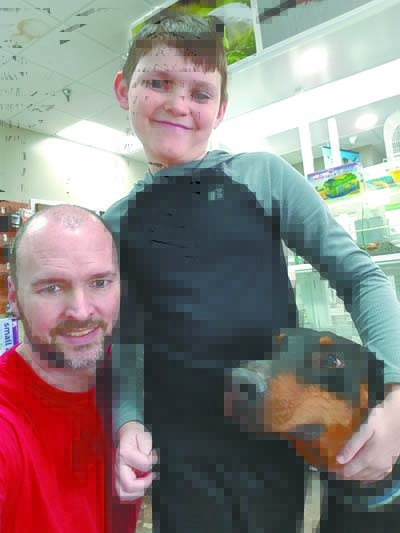 On the smaller end, “Our groomers will have two 5-pound dogs — a dachshund and a Chihuahua-mix,” Kevin said.

For Town and Farragut-area business owners and pet owners thinking about observing “Bring Your Pet to Work Day,” yet have questions, Kevin outlined a few things to consider.

“If your animal tends to be nervous around a lot of people, and you know there’s going to be a lot of people at your work, it’s probably not the best environment for your pet at that point,” Kevin added. “… Dogs only have two ways to release anxiety and nerves, and that is through barking and chewing.”

As for indoor “potty accidents,” Kevin suggested having on hand “a urine-destroyer or odor-destroyer-type product. … Something anti-bacterial, of course.”

To best keep things under control, “I would recommend a sign-up sheet, because you really need to have an idea of what breeds of dogs are coming” due to “temperaments and things like that,” Kevin said about alerting both the business owners and employee pet owners about the other breeds signing up.

“… Some dogs may not be kosher with certain breeds,” he added. “You have some dogs that have had a bad experience with another dog breed. They may have been at a doggie daycare and gotten bit by a certain dog.”

Using Tobi and his 120 pounds as an example, “He gets very timid and very nervous around dogs that are 15, maybe 20 pounds and under,” the RPD co-owner said. “… When little dogs come around he doesn’t always know what to do, so a lot of times he’ll just come over and hide behind me and wait for me to give him instruction or to help him out.

“He wants to play, but he’s intimidating so they bark; and when they bark he thinks it’s play, so he barks. At that point it’s kind of a chaotic situation,” Kevin added. “… And Tobi plays loud.”

While setting aside a special time at work for the dogs to intermingle might seen natural, Kevin adds a warning.

“The downside of that is if you have a lot of dogs and none of them know each other, it’s going to be semi-chaotic — at least for the first little bit,” he said.

While dogs need to be on a leash when in public, even this can be problematic according to Kevin.

“A lot of times when dogs are on a leash and meet another dog, they are not really themselves because, on a leash, the dog understands, ‘I can’t escape any way I want to, I can only go (so) far,” he said. “So a lot of dogs become a little bit more tense in those situations.”

As a result, he said in some business environments it might work to let a dog off-leash when among a limited number of other dogs.

“A lot of times it’s just normal behavior at that point,” Kevin said. “They relax because they can get away if they want to.”

As for feeding dogs in a business environment, “I would recommend feeding your dog independently of other dogs,” he said. “You could end up with some food aggression-type issues. … You don’t want to cross food up. You might have a dog with an allergy to certain foods.”

If a given businessperson, business manager or employee wanted to contact Kevin for more questions about observing “Bring Your Dog to Work Day,” the number is 865-392-1151.