Fulford to be CAK Head soon 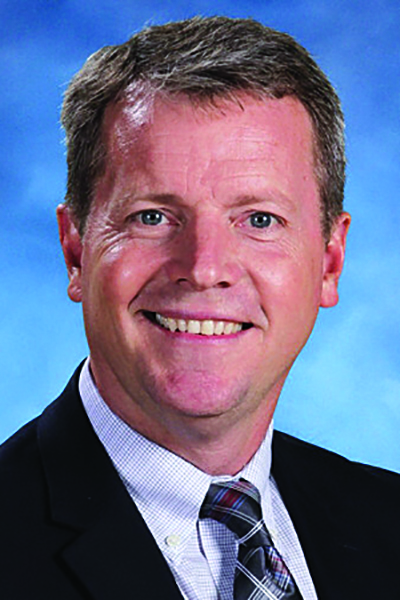 Rich Fulford
The Board of Trustees of Christian Academy of Knoxville has selected Rich Fulford to become the next Head of School beginning in July 2020.

Fulford has served as assistant Head of School and Middle School principal since 2016.

“To say that I am excited would be an understatement,” Fulford said. “Interestingly, our sermon series (in May) at Northstar Church has been ‘Nothing Just Happens.’ Likewise, this didn’t ‘just happen.’ I am convinced, just as three years ago when God invited me to work with Him at CAK, that He has once again called me to join in greater service to Him as Head of School.”

For the past year, Dan Perryman had been serving as CAK’s Interim Head of School.

“Mr. Perryman has been a stabilizing force, having led CAK through natural disasters and transitions in leadership, as well as having overseen growth in enrollment and successes in academics, the arts and athletics,” said Will Ferguson, president of the Board. “We are thankful for his humble guidance and look forward to his ongoing involvement at CAK.”

Perryman will continue to serve as Interim Head of School for the 2019-2020 school year, with Fulford assuming his new responsibilities July 1, 2020.

“The search for a Head of School is both challenging and rewarding,” Ferguson said. “In Rich we found a candidate who reflected a love for Christ, a passion for Christian education and an appreciation for how CAK can impact our students both academically and spiritually.”

Prior to coming to CAK, Fulford was assistant principal at West Valley Middle School.

While there, he was part of a team that implemented a 1:1 technology program, which he also helped implement at both Farragut Middle School and CAK.

While at CAK, Fulford has added an Honors Program to the middle school.

Fulford holds a Bachelor of Arts degree in psychology, and a minor in business, from the University of Tennessee, where he also was a two-time NCAA All-American track and field athlete who competed in the 1992 Olympic Trials.