No more delays; Time for action 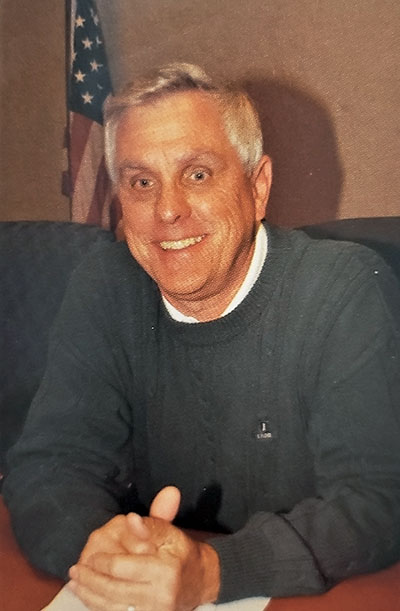 A retired engineer from what is now Oak Ridge National Laboratory, Eric Johnson was on board early on as a Farragut Community Group member. Having moved to Kingsgate subdivision in 1974, which remains his home, Johnson was among residents there dealing with various topographical issues — some dangerous — in the mid-to-late 1970s based on poor developer planning and alleged county indifference.
Enough with agenda delays, insults and turning a blind eye to illegal developer activity from Knox County government — a handful of southwest Knox Countians were ready to do something that, looking back, even amazes some of them 40 years later.

With the majority of these Farragut Community Group activists in their 30s, some admit, “We were too young to know any better” when deciding to take government into their own hands.

In the fall of 1979, after roughly six months of failure dealing with Knox County government, “We said, ‘Let’s go and incorporate,” said FCG member Eric Johnson, a retired engineer at what is now ORNL and who served as one of the Town’s first aldermen. He has lived in Kingsgate subdivision since 1974.

One of the more amazing aspects of incorporating what is now the Town of Farragut, “The whole thing came together in 26 days,” said FCG member Betty Dick, an alderman from 1981 to 1987 who currently is a member of Farragut Municipal Planning Commission.

With the first two FCG meetings at the home of members George and Julie Dorsey, “George and Julie and (the late) Jess (Campbell, an attorney) had already been talking somewhat about incorporation for about a year off and on,” Dick said.

Another motivating factor: “They had heard Knoxville was getting ready to annex a bunch of land,” said FCG member Ron Simandl, a semi-retired chemist at Y-12 in Oak Ridge after moving to what is now Farragut from Wisconsin in 1977.

A retired engineer from what is now Oak Ridge National Laboratory, Eric Johnson was on board early on as a Farragut Community Group member. Having moved to Kingsgate subdivision in 1974, which remains his home, Johnson was among residents there dealing with various topographical issues — some dangerous — in the mid-to-late 1970s based on poor developer planning and alleged county indifference. This weeks Foundations: 40 Years of Farragut podcast is presented by .

“I have to say, the group of us who worked to incorporate the town, and the many people who helped with that effort, we didn’t agree on everything — but we agreed on most things,” Johnson said.

“Betty was a real driver on this,” Simandl said. “I have tremendous respect for Betty, a very bright lady. Very driven.”

However, for all the talent representing FCG, “We didn’t have anybody to head it up,” Johnson said.

Dick said none of most active FCG members — herself, Jess, Simandl, Johnson, the Dorseys or Gene McNalley — “wanted to head up the group and organize what needed to be done. We were all willing to work and follow a leader, but we didn’t have a leader.”

Recalling the late Dr. Ralph McGill’s boiling anger after being told he wasn’t supposed to speak, while attempting to air grievances concerning the flooding in his yard, by Knox County “Court” (now Knox County Commission), Dick said she wanted to tap into the anger — for leadership.

Following a church service, “I said, ‘Ralph, I have a job for you,’” Dick recalled with a laugh.

“He came home and he said, ‘You’re not going to believe this … but they’re trying to incorporate and they want me to lead it,’” his widow, Marianne McGill, recalled about his first reaction to that fateful meeting. “And I went, ‘Ok, this ought to be interesting.”’

After also speaking with a few other FGC members, and his wife, “He agreed to be our leader,” she said.

“… Ralph organized us, gave us special assignments about what needed to be done. We all went to work and did what we had to do,” Dick said.

About Ralph McGill, “He was driven also,” Simandl said. “Somebody in Knox County made the mistake of slighting the wrong person.

“… Ralph stepped up and the rest of us followed.”

However, another leader was needed — for the legal aspect of incorporation.

With Jess’s role as the group’s early legal arm coming to an end, “we had to find an attorney,” Dick said.

The late David Rodgers, a corporate attorney with Kramer Rayson LLP in Knoxville, “was on the (Village Green) homeowners board with me,” she added. “… He was just a wonderful man. And I also regret I never wrote down all his little, special sayings.”

Dick said she called Rodgers “to see if he would consider being the legal person of (the group) for incorporation. … He hesitated quite a while. He said, ‘Well, let me think about it.’

Dick said she asked David “to represent Village Green homeowners at a second FCG meeting at the Dorseys’ home” in attempt to get him on the incorporation bandwagon.

However, “He had never done municipal law,” said David’s widow, Marty Rodgers, still living in Village Green where the couple had lived for decades.

In fact, with a similar incorporation effort in the early 1970s having failed, “He thought initially, quite frankly, that it was not going to fly,” David’s widow said. “… It would be a nearly impossible task to raise the necessary support, because a lot of people in this area were happy with the way things were.”

Moreover, Marianne McGill recalled David saying early on, “‘There is no way this is going to happen.’ He really poo-pooed it.”

But after that second FCG meeting “he agreed” to be the group’s new legal advisor, Dick said.

“‘I’ve never done that, but I guess I could learn,’” Marty recalled David saying. “‘Ok, I’ll try to guide this ship where it’s going.’”

“Dave, by far, made the biggest sacrifice,” Johnson said. “As an attorney in downtown Knoxville, it probably wasn’t a popular thing to do for business.

“Not only that, but it was extremely time-consuming for him,” Johnson added.

“Mediation was a significant strong point of his personality as a lawyer,” Marti said.