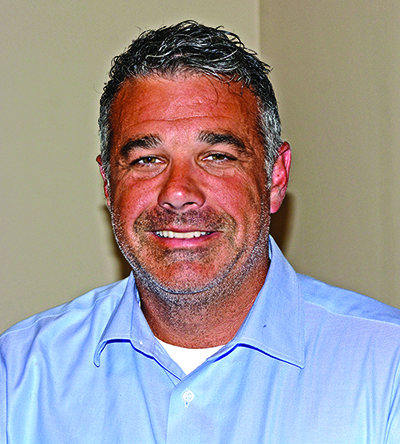 M. Shannon Littleton
Though serving residents and businesses of what is now the Town of Farragut with electrical power for decades before incorporation, LCUB had a turning point in its relationship with Town leaders a few years into the new millennium.

“I remember having my first true interaction with Farragut … was in Mayor (Eddy) Ford’s term,” said M. Shannon Littleton, LCUB general manager since 2010, about the early 2000s. “…

I noticed there was a real change in our relationship. We began

to converse and talking about projects.”

Among the matters resolved, Littleton said, “There were specific code issues that probably existed at the time that LCUB allowed that the Town of Farragut did not wish to have in their city.

“Of course, we’ve worked with the Town for many years with road moves, making sure we had the correct acquisition of properties. Trying to infringe on property rights as little as possible.”

• M. Shannon Littleton, LCUB general manager “for about nine years,” began at the utility as legal counsel in 2001. Littleton became assistant GM “about five years later.” • Working one-on-one with then Farragut Mayor Eddy Ford in the early 2000s, Littleton helped improve relations between LCUB and the Town while spear-heading moves for greater convenience and more decision-making power in Farragut: an LCUB Customer Service Center, 136 N. Campbell Station Road, opened in 2005, and a Farragut seat on the utility’s board was created in 2006. This weeks Foundations: 40 Years of Farragut podcast is presented by LCUB (Lenoir City Utilities Board)

LCUB has been the Town’s only supplier of electricity — while also supplying natural gas to a tiny percent of Town customers near the Loudon County line.

“I remember sitting down with Mayor Ford, and him laying out some of the ideas and things the city needed from LCUB,” Littleton said. “… I think we’ve had a good relationship ever since then.”

In fact, Littleton recalled Ford making “a little bit of a call on us (saying), ‘We want to see a presence of LCUB; they’re in our community, so you need to be part of our community.’”

One result was opening the LCUB Customer Service Center at 136 N. Campbell Station Road, which has served Farragut customers since 2005. Fourteen years later, it receives “30 percent of all payments and orders” of the utilities’ total transactions according to Littleton, who became assistant general manager in 2006.

Another centered around Joel Garber, a former Town alderman (1995-2007) who began serving as Farragut’s first representative on the LCUB board in 2006.

“He’s a fantastic board member, he represents himself and the Town very well,” Littleton said of Garber, who remains on the board.

Looking from the outside in, as a Loudon Countian, “I think

you can see it from Farragut in-general: there’s a true difference once you enter Farragut, how the codes are enforced and how people take pride in the Town,” Littleton said.

LCUB’s reach, Littleton said, goes just east of Cedar Bluff, south to Northshore Drive at Tools Bend/Keller Bend, north to Oak Ridge Highway (including all of Hardin Valley, which is seeing enormous growth according to the GM) and west to Lenoir City.

Littleton spoke about LCUB’s “new technology that our people are working on … to isolate where that cut (cause of an outage), if you will, happened in the system” and re-route power to reduce customer outages.

“Instead of 5,000 customers being out, it can isolate it down to hopefully just a few seconds and the street” where the cut, which could have been caused by a fallen tree, was located before rerouting the electricity.

“The goal is to have no more than 250 customers out at a given time,” Littleton said. “… It’s probably going to be rolling out in the next five to seven years.”

Because of the cost, “It will be done in stages so as not to burden the rate payers,” he added.

However, the first customers to enjoy this new technology — apparently including Farragut — could get it before year’s end.

“It’s going to be probably in the business area in Turkey Creek,” according to Littleton, relaying conversations with a LCUB board official.

Underground along the Pike?

About any long-range plans between Town of Farragut and LCUB to replace the poles with underground utilities, Littleton said, “They’ve not approached us in that regard.

“If there are not new technologies for the delivery of power, it will more than likely be cost-prohibitive,” he added. “It’s very, very expensive.”