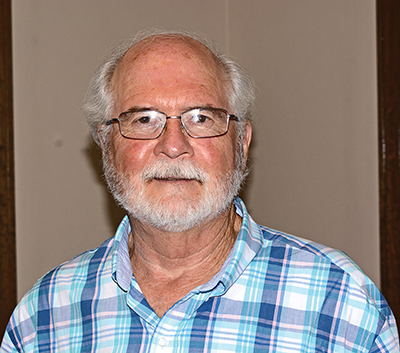 A second wave of Farragut Community Group members, who founded the Town of Farrgut in January 1980, comprised 40 percent of the Town’s second Board of Mayor and Aldermen after the 1981 elections.

The Town was more than a year old by this time, yet some anti-incorporation voices persisted — one outspoken voice went off the deep end, threatening motorcycle gang violence against one Town official and his family, according to FCG member Betty Dick.

Dick was elected to the Ward I (North) seat held by fellow FCG member George Dorsey, who decided not to run again in 1981 following his 1-year term.

She recalled “a big zoning issue coming up. About 3 in the morning I got a phone call. … I knew exactly who it was.”

This incorporation opponent “would get drunk and start making phone calls, and he called me, (Alderman) Marianne (McGill)” and one other Town official, Dick said. “… What he threatened us with was ‘the Hell’s Angels, who were renting a house next door to (the unnamed Town official).’

Building a positive reputation while serving on what was then called the Town’s Hydrology Committee in 1982, Dr. Jeffrey Dobson took things to the next level of municipal service. “Some of the aldermen serving then approached me and advised me to run” for alderman, said Dobson, about what would become nine years as service as a representative in North Ward (1984-1993). “They said they would support me. … “They felt I was outspoken enough to sit amongst them,” he added. A geographer whose current profession requires much traveling, Dobson was a geography professor at the University of Illinois, The Ohio State University and the University of Alaska before moving to Farragut. This weeks Foundations: 40 Years of Farragut podcast is presented by Meadow View Green House and Garden Center

“So (the official) was really afraid, because (the caller) also threatened his family. … They had been hearing these people going in and out next door on motorcycles and all that stuff for some time. They took it real seriously.”

The official “called the TBI, and they came and interviewed us all (the official, Dick and McGill); I guess they talked to us individually,” she added.

“That harassment stopped after that. … He didn’t make any more (calls) after that, since TBI got involved. I guess they talked to him, too. I don’t know, but I imagine they did.”

“It was quite ugly in the beginning, the harassment and so on, (from) the anti-(incorporation) forces — just like what’s going on in Congress right now,” said Ron Simandl, FCG member who was elected to the Ward II (South) seat held by

fellow FCG member Eric Johnson, who decided not to run again in 1981.

“That went on for several years.”

As for his desire to run, “I just wanted to follow through to make sure certain things got finished,” Simandl said about helping to enact ordinances to regulate some of the very things angering he and other FCG members into forming the Town in the first place.

Moreover, “I had health issues toward the end of my two years, so I decided it would be a good time to step back,” Simandl said. “.. Two years was enough.”

About holding political office, “There’s people who seem to thrive on that. Well I don’t,” Simandl said. “I’m not a politician.”

However, about his two years of service, “I’m pleased with the result,” Simandl said.

Dick said “zoning issues” and “the sign ordinance,” in which she played a major role with help from Carol Evans that included traveling across the state, were among the major BOMA issues during the early 1980s.

• The Town hired Doug Wiley for its Public Works department, given that Wiley “had a dump truck, a tractor and a bushhog,” Ford said. “Mr. Wiley’s job was to go around and mow the rights-of-ways of the Town of Farragut.”

They dealt with water-related issues, including what he said was “103 drainage problems in the Town … three approaching $100,000 to fix.

“I saw so many problems that had been left over from the county days (prior to incorporation) that had to be addressed,” he added

In fact, “It was like battling the forces of nature, we had so few resources and so many things that were backlogged that had be done,” Dobson said. “… We felt the legacy we had inherited from the county was rather haphazard.”

• Mary Lou Koepp, the Town’s first full-time Recorder, earned statewide “Recognition of Merit for her financial reporting” beginning in the early 1980s, which continued “year after year,” Ford said. “Her first report to the citizens was published in 1982 by the West Side Story (which became what is now farragutpress in 1988).”

• “In May of 1982 there was a referendum to abolish the Town Charter,” said former Farragut Mayor Eddy Ford, then an aldermen. “It was rejected by a vote of 2-to-1.”

• The first Board of Zoning Appeals, one of many Town committees being formed, began in 1982.