With its rare Triple-A rating, FUD has enjoyed close ties with Town 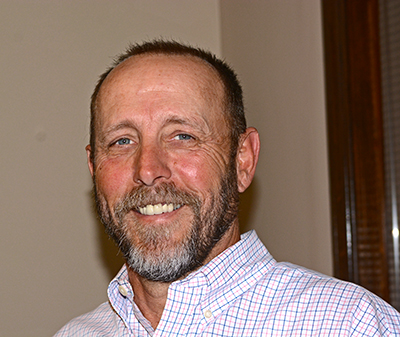 Bruce Giles
Wearing two hats, so to speak, during his 13 years as Town of Farragut’s first mayor, Robert “Bob” Leonard also had to do his job as legal counsel for First Utility District.

Even when the two jobs seemed to cross paths, meaning Mr. Leonard had to invoke “eminent domain” in securing property for new FUD lines, which happened to owned a good friend and political alley on the Town’s Board of Mayor and Aldermen.

A Loudon High School graduate and Loudon County native, Bruce Giles is approaching his ninth anniversary atop First Utility District as its general manager. From superior Triple-A+ ratings distinguishing itself as one of the top utilities in Tennessee, to earning a “Top Workforce” award among Knox County’s best as recognized last July, FUD has set a high standard of excellence under Giles with its reputation for clear, clean and good tasting water. Though FUD “works closely with the Town of Farragut,” Giles said his utility also “works independently of the Town as its water and wastewater provider. … The Town is always aware of what’s going on, we communicate with them.” This weeks Foundations: 40 Years of Farragut podcast is presented by Mlily Mattress

Eddy Ford, a South Ward Aldermen on the first Town Board in 1980, had personal property comprising “approximately 770 feet of Kingston Pike frontage” where FUD desired to “run a water line/sewer line,” said Ford, who became the longest-serving mayor in Town history (1993-2009) and its longest serving elected official at 29 years (1980-2009).

“We let First Utility District know we had no desire to let that happen,” he added.

However, “At Oak Ridge National Laboratory one day (where he served as a nuclear engineer before retiring), I get called to the front gate … and there’s a process server. Bob Leonard had sent condemnation notices to me … that First Utility District is going to condemn my property, and if I wanted to take them to court and challenge them I was welcomed to do so,” Ford recalled.

“This is the guy I sat beside every Thursday night (on the Board of Mayor and Alderman) for 10 years, and he’s suing me,” he added about Leonard.

Realizing “I was going to lose,” Ford relented and FUD and Leonard, wearing his other hat, got their lines along (underneath) Ford’s property.

“We’re the only wastewater system in the state of Tennessee that’s Triple-A rated, and that’s based off of rate structure, your leadership, your infrastructure, your financial position, your debt ratio,” said Bruce Giles, FUD General manager since November 2010, about Standard & Poor’s rating. “That almost unheard of from a grading standpoint in the state of Tennessee or the Southeast.”

Providing water and wastewater services in all of what is now the Town of Farragut well before its incorporation in January 1980, FUD was created in 1954 and served “about 600 — now it’s about 90,000,” he said.

Going back to 1954, “My understanding is there was a need for drinking water, and the old Walker Springs off the Walker Springs exit, there is literally still a spring there that we (used). They determined a way to pipe that water to meet the needs of about 600 people, “ Giles said.

“Some years later, they couldn’t meet the volume anymore, so they built the first water plant here. I’m not sure what year,” he added.

Its current area of service goes east to Gallahar View Road and Bearden High School, north to Interstate 40/75 where “we cross the Interstate in a couple of places” according to Giles, west to the Loudon County line and south to Fort Loudoun Lake.

“And we wholesale service to Lenoir City Utility District,” the FUD GM added. “A small portion of our customer base is in the City of Knoxville, too.”

In special situations, including floods, FUD has been ready to help the Town with use of special equipment.

“If the Town administrator (David Smoak) picks up the phone and calls me and says, ‘Hey, we’ve got this need,’ we always try to help,” Giles said while praising Smoak for being “a good leader” who “sees the big picture.

As for specific examples of helping the Town, “During the recent floods in February and March the Town was having issues, and we have a large amount of equipment and know-how, so we are ready to send out our equipment to support them,” he said. “If they need to evaluate a storm drain, we have automated camera systems that go underground.

“On several occasions they’ve had large water breaks at their facilities, so I’ve sent out my crews to fix those water breaks for them,” Giles added, also noting FUD and the Town often “share information” as a mutual benefit.

“If it’s good for the public and there’s a need, we try to work together.”

When a new residential or commercial development is built in Town limits, Giles said neither FUD nor Town of Farragut water/wastewater customers incur that cost.

“The developer actually pays those costs,” he said. “It’s not fair for the rest of the customer base to pay for someone else’s need.”

Despite incurring serious flooding damage early this year at its plant at 122 Durwood Road, FUD remains fiscally sound according to Giles.

“Most systems carry a lot of debt — we don’t,” he said. “We will actually be completely debt-free by the year 2025. We would have reduced our debt by $77 million at that point.”

As a result of lighten that load, “That allows us to invest more money into infrastructure, which in turn supports the citizens of the Town of Farragut because we hold rates down lower. … People take for granted you get roughly three gallons of water for a penny here,” Giles said. “That compares well even nationally.

“And we insure the infrastructure functions significantly better than others around us,” he added.

Overall, “Our long-term plan is extremely strong. … We have no EPA issues, no issues with TDEC,” Giles said.