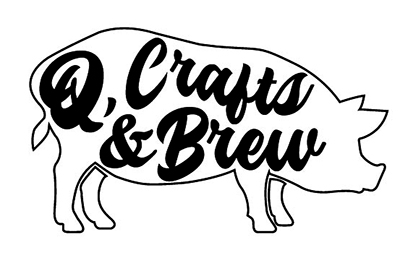 Along with crafts and craft beers, this year’s event also will offer barbecue and live music.

It will take place from noon to 6 p.m., Sunday, Oct. 13, at the parking lot of Sitel (the former At Home location), 11221 Outlet Drive, across from Cotton Eyed Joe’s, in Farragut.

“This year, we have the opportunity to join forces with two of our Chamber members,” Blaylock said.

“It will be the west side parking area. What’s new this year is the way the festival is being put on and also a couple of new additions,” she added.

Last year, the Chamber put on the event, then called FWKCC Crafts & Ale, entirely by itself.

Last winter, Volpe had approached Petr about doing a fundraising fall festival for STAR. He already has put on Southern Taco & Tequila Festival for five years, she noted.

“He’s grown it from a little baby festival up to a very successful event, and he’s donated a significant amount of money to Remote Area Medical through that festival,” Blaylock said. “They very graciously came to me and asked, ‘When is your festival you just started last year?’

Learning the Chamber was planning its event the same month, they suggested combining the two festivals into one.

That way, “the festival, after expenses, could benefit both the Chamber and STAR,” she said.

Then, Volpe suggested adding barbecue because he wanted to “really make it a well-rounded out experience and make it a really family-friendly event,” Blaylock said.

Another difference is Q, Crafts & Brews is ticketed for entry.

“Our original festival (last year), there was no entry fee, except for tickets or a pass to taste the beers,” she said.

This year, there are several levels of entry, one of which is a full-access ticket for $25 per adult 21 and older, which “will get you a ticket for one full pour of beer — a brew of your choice — and two tickets with which you can exchange with any of the vendors for barbecue.

There also is a $15 ticket, which is for food only, Blaylock said, noting an individual gets two tickets for barbecue.

And, children ages 10 and younger will be admitted free.

Tickets are available in advance online at qcraftsandbrew.com or at the gate the day of the event.

“And, of course, if anybody is really hungry or really thirsty, they can buy additional $5 tickets for more barbecue or more brews on site,” she said, adding IDs will be checked to purchase beer.

“And, of course, we’ll have crafters there, so you’ll have access to some really cool, unique, locally made stuff that people can purchase for themselves or for gifts or for Christmas,” Blaylock added. “So it should make for a really fun event.

“We’re also going to have School of Rock Knoxville, the rock ‘n roll music school, which is a Chamber member. It is going to have its student bands and some of their instructors up on the stage, playing.

“These kids are incredibly talented,” Blaylock said. “Some of them compete nationally.”

For 27 years the Chamber held its annual Fall 5k, but last year it looked to do something new.

“We loved that (5k) event — it was a lot of fun – but the last couple of years (of it), we had tried to create some different activities within the 5k in order to boost attendance and have it continue to grow, (but) it had just, kind of, reached a plateau the last few years,” she recalled. “So, we thought that was a sign it was time to try an event of a different type — something that had never happened in Farragut before,” Blaylock said. “The feedback from vendors and those who attended was really, really good. It was our first-year event, so it started out small, but we think there’s room to grow it.

“And, with this partnership, now, with John and STAR, we would love to see the event continue to blossom and evolve.”