Encouraged by her local government, Povlin got involved 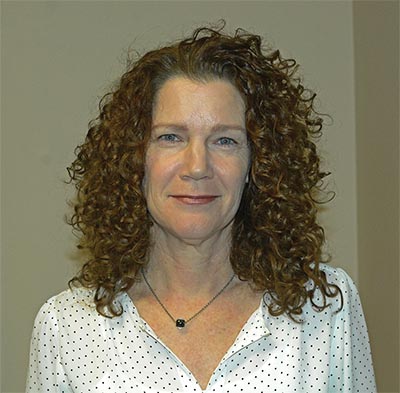 Being “floored” by this reality set in motion why she is Farragut Vice Mayor Louise Povlin, appointed in January 2016 to take over the remaining portion of then North Ward Alderman Ron Honkin’s term before being elected later that year.

Reading a 2013 story in farragutpress about the Town’s plans to improve Union Road, and living nearby, Povlin said she was compelled to “write a letter to all the (Farragut Municipal) Planning Commissioners and the Board of Mayor and Aldermen” questioning the Town’s decision.

As part of “getting ready to go through the budget process, Union Road had risen to the top of their (Capital Improvements Plan) list, that was the next road they were going to do,” said Povlin, who admitted, looking back on 2013, she “didn’t even know how town government worked.”

An engineer who grew up in “South Jersey,” Town of Farragut Vice Mayor Louise Povlin received her Bachelor of Science degree in ceramic engineering at Rutgers University before she and husband, Jay Povlin, chased work living in six states in a roughly 30-year span. But the couple’s most recent career stop in 2008, placed them and their three elementary aged sons in Fox Run subdivision — where this North Ward alderman would began building an appreciation and passion for Farragut schools. First moving to West Knox County in 1992, “I moved from New York City to a townhouse, and across the street was a single-wide trailer with a cow in the front yard,” Povlin said with a smile. Then moving to Florida, Ohio, Wisconsin and South Carolina before settling in Fox Run, “I got involved volunteering in Farragut schools … as a stay-at-home mom,” Povlin said. “I had all this experience with the schools.” Desiring to give even more attention to the Town’s relationship with Farragut schools, along with having more time with family — the couple’s youngest son is a senior at Farragut High School — are the two main reasons Povlin gave for not seeking reelection in August. As a result, she would be free to spend more time with “education relations, making sure we’re connecting our Town with our schools as much as possible,” Povlin said about “community based things” she wants to work. Though the phrase could be heard by Town elected officials in past years, “We’re not in the school business,” Povlin said, “The schools are the reason families are moving here.” Moreover, “We skew older to begin with, so we need to make sure we continue establishing that relationship,” she said. One example is “connecting our students with our local businesses, which is another thing I really wanted to work on,” Povlin said. “We have that day of work-based learning, and we have all these small businesses that could probably benefit from the students being there, and the students can benefit from the work-based learning.” Meanwhile, these students “volunteer a lot on a lot of the Shop Farragut events that we do,” she added. Largely through the work of Farragut’s Education Relations Committee, the Town’s liaison with Farragut’s public schools, “We’ve already got a great relationship with all the principals,” the Vice Mayor said. “It’s just connecting with the PTAs, the PTOs, to see what’s going on with our students … how can we better coordinate with our students?” This weeks Foundations: 40 Years of Farragut podcast is presented by LCUB

Saying she compared the construction needs of Union with that of a busier road it connects with to the west, Everett Road, “’Why are they fixing Union Road? Everett Road is more heavily traveled at faster speeds; it’s not safe,’” Povlin recalled thinking in 2013. “’… You need to fix (Everett).’”

Moreover, “I started showing up at the (Town) meetings,” she said. “… Any time (the Union Road issue) was on the agenda, I would show up — and just listen.”

Allowed to speak before FMPC during a meeting, “Halfway through (chair) Rita (Holladay) cut me off and said, ‘We agree with you, we think we should change it to Everett Road,’” she said.

“And I’m looking at (Holladay) like, ‘that never happens in government,’” Povlin added. “I figured, ‘I’d have my say, I’d be persistent about it — because that’s who I am — and move on with my day. They wouldn’t listen to me.’”

In fact, Povlin said the Town expanded beyond what she expected to be the project’s length.

“At the end of that design process … I thought they would have enough funds to improve (Everett) from Union to Smith (Road),” she said. “But they took it from Kingston Pike all the way to Split Rail (Farm subdivision), which floored me.

“It ended up being the most expensive road project they’d done on Town funds,” Povlin added. “So I was thrilled about that.”

Recognizing her perception of the road issue, then Mayor Ralph McGill asked Povlin “to meet him out in the hallway, and said, ‘I would love if you would join us on the Planning Commission,’” she recalled. “He was losing a member.”

Admitting she knew little about FMPC, “I was stunned he would ask me this, and I was really concerned,” Povlin said.

“And he said, ‘You can learn the Planning stuff. I can’t teach passion and logic … and you’re thoughtful about things, and I think you would be an asset,’” she recalled about his response.

“I went home and thought about it, talked about it with my husband (Jay Povlin) and I gave (Mayor McGill) an answer a couple of day later,” Povlin added about accepting the offer, starting her service on FMPC in August 2013.

Thanks to her FMPC experience, by the time she was appointed to BOMA in 2016, “I thought I was well-prepared to be on the Board of Mayor and Aldermen,” said Povlin, who will not seek reelection in 2020 (see Profile story on this page).

However, “There was so much more to know about being a Board member,” she said, adding “it really did” catch her by surprise, including “the whole budgeting process. … Every time you go through it there’s a nuance that you didn’t see before.

“Learning how to impact and change policy has been an education.”

“You have to have relationships outside of just our Town,” she added.

Saying she attends Knox County Board of Education and Knox County Commission meetings as two examples, “I study everything,” Povlin said. “I never want to make a decision without understanding as much of an issue as I can understand.”