died April 22, 2019. She was born in Aliceville, AL in 1939, the third child and second daughter of Nannie Eleanor McClellan Jenkins of Aliceville, AL and Marvin Candler Jenkins of Greenville, GA. She was preceded in death by her brother William Candler Jenkins. Star spent her elementary years in Aliceville, then moved to Atlanta, GA, to live with her sister Nancy, and graduated from Chamblee High School in 1957. She was known at an early age for her unique style, high sense of fashion and feisty spirit. In grade school she created a petition with hundreds of signatures to get better food in the school lunchroom. At her high school prom, Star is remembered as the one who wore her flowers in her hair when everyone else carried or wore their corsages. After high school, Star earned a degree from Piedmont School of Nursing. She worked as a registered nurse at Piedmont Hospital in Atlanta. Star later received a Bachelor of Arts in Social Work from Oglethorpe University in 1976. She worked at Peachford Hospital in Dunwoody, GA with adolescents and then at the Dekalb Community Council on Aging. Star loved entertaining family and friends in her beautiful home. She was known for giving parties, preparing delicious food and sharing her recipes with her loved ones. She had a natural eye for interior design, beautiful gardens and remodeling spaces. Star had pageant-like presence even until she died, insisting to her caregivers that she look her very best with full makeup even throughout her sickness. Her quick wit, captivating charm and beautiful dancing eyes lit up every room into which she walked. Star is survived by her husband, Leland Creason Edmonds of Mobile, AL; her children, William Karl Kapp III and wife Mary Beth, Kerry Star Russ and husband Brent, Steven Candler Kapp and wife Louly; her six grandchildren: Kelly Alexandra Kapp, Reagan Woodson Kapp, William Karl Kapp IV, Jonathan Brent Russ, Kathryn Star Salisbury and Michael, and Matthew Arthur Russ; her sister Nancy Harris Jenkins DeJuan, brother John McClellan Jenkins, and many nieces and nephews special to her. A family graveside service for Star was held at 2 p.m., Friday, April 26, 2019, at Mobile Memorial Gardens Cemetery, 6100 Three Notch Road, Mobile, 36619. In lieu of flowers, those desiring may make contributions to the Ovarian Cancer Research Alliance, OCRAHOPE.org

passed away Monday, March 19, 2019. A member of Farragut Presbyterian Church, Paul served in the United States Army during the Korean War. He graduated from University of Tennessee and Nashville School of Law. Retired from Bell South Telephone Company and was the former President of the Local Communication Workers of America, served on the Board of Directors for the United Way and was a delegate to Democratic National Convention and Chairman of the local Democratic Party. Preceded in death by son-in-law, James A. Matlock, Jr. Survived by his wife, Peggy Monger; daughters. Elizabeth Matlock and Patricia Ricker; granddaughter, Lindsey Ricker; and son-in-law, James Ricker. Funeral services will be private. Donations may be made to The Pat Head Summit Foundation, 520 W. Summit Hill Dr. SW #1101, Knoxville, TN 37902. Condolences may be offered at www.berrylynnhurst.com

A member of Farragut Presbyterian Church, Paul served in the United States Army during the Korean War. He graduated from University of Tennessee and Nashville School of Law. Retired from Bell South Telephone Company and was the former President of the Local Communication Workers of America, served on the Board of Directors for the United Way and was a delegate to Democratic National Convention and Chairman of the local Democratic Party. Preceded in death by son-in-law, James A. Matlock, Jr. Survived by his wife, Peggy Monger; daughters. Elizabeth Matlock and Patricia Ricker; granddaughter, Lindsey Ricker; and son-in-law, James Ricker. Funeral services will be private. Donations may be made to The Pat Head Summit Foundation, 520 W. Summit Hill Dr. SW #1101, Knoxville, TN 37902. Condolences may be offered at www.berrylynnhurst.com 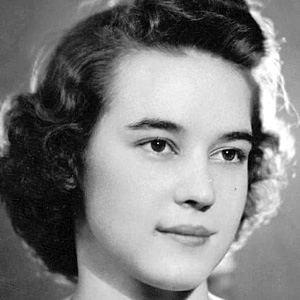 Peggy Overton Marguerat, 93, of Farragut, passed away on Thursday, Sept. 27, 2018, in Knoxville. Peggy was born in Fountain City to Otis & Margaret Overton on Sept 26, 1925. She married Elbert Marguerat on June 12, 1943, in Knoxville. She was a longtime member of First Baptist Concord. To describe Peggy in one word is hard to do, but to her family and friends that know her, it would be “Love.” First and foremost, her love of the Lord. Her faith was strong and she shared that with everyone she knew. Her love of cooking was her ministry to so many. It would be a rare occasion to walk into her home and not see her busy in the kitchen making something delicious for her family. No matter the occasion. Peggy’s love of fashion was widely known among her friends and family. Whether she was out shopping the department stores with friends or creating a masterpiece on her sewing machine, it would always make her smile and bring her such joy. Love of family was the center of her world. She had such pride in everyone and made it a point to tell them. Whether rejoicing in happy occasions or crying in time of sorrow, Peggy was there to comfort and support her family through it all. With all the love that Peggy had, none could be stronger than her love for the man that stole her heart in high school, Elbert Marguerat. It was a love many only see in the movies. She would say that she was the lucky one to find a man that treated her as good and love her so tenderly, but Elbert would most certainly argue that fact. The love that she shared is her legacy and will live on in all those who knew her. Peggy and Elbert are together again in the presence of the Lord, and though there are tears of sorrow here on earth, there are also tears of joy knowing she has finally received her greatest reward. Peggy is preceded in death by parents; her husband, Elbert; siblings, Meb Overton, Sally Kirby, Betsy Tucker; son, Randy Marguerat; and daughters, Nancy Nelson and Pat Sloan. Peggy is survived by her children: sons, Mike Marguerat (Mary Beth), Al Marguerat (Kim); daughter-in-law, Marie Marguerat (Randy, deceased); grandchildren Randy Jr. Marguerat (Kim), Jason Marguerat (Shay), Angie (Kevin), Brian Nelson, Wes Marguerat, Stephen Sloan (Emile), Laura Rupe (Mike), Scott Marguerat (Marta), Alyson Marguerat and Michael Sloan. Great grandchildren Brit (Jennifer), Mark, Taylor, Sydney, Drew, Caden, Cooper, Molly, Parker, Courtnie, Lauren and Sophia. Great great grandchild Gynjer; as well as a host of nieces and nephews. Visitation will be from 10:30 a.m. to noon on Saturday, Oct. 6, at First Baptist Concord Chapel. Funeral services immediately follow visitation at 12 p.m. in First Baptist Concord Chapel, with the Rev. Steve Peek of First Baptist Concord and Fulton Hartzog officiating. Burial will be at 2:30 p.m., Oct. 6 at Edgewood Cemetery. Arrangements are by Click Funeral Home.

Richard H. O’Brien, age 85, of Farragut, Tennessee, peacefully passed away Wednesday, Aug, 22, 2018. He was a consultant for the Defense and Aerospace industry and retired from the United States Air Force Reserves after 27 years of service. Richard enjoyed running and completed seven marathons while in his 50s and 60s, and volunteered as a docent at the McClung Museum for the past 18 years. He is survived by his wife, Gail; four children: Alan Richard O’Brien of Denver, Colorado; and Mark O’Brien, Gretchen (Brad) Brechin and Paul (Suzanne) O’Brien, all of Tucker, Georgia; and five grandchildren. A Memorial Service with military honors was held at East Tennessee State Veteran’s Cemetery Monday, Aug. 27, 2018. Arrangements by Cremation Options, Inc.: (865-6WE-CARE/865-693-2273) or visit www.cremationoptionsinc.com.

Patsy Lynn “Pat” Marguerat Sloan, 65, of Farragut, passed away Tuesday, July 10, 2018, in Knoxville. Pat was born in Oak Ridge to Elbert and Peggy Marguerat on Dec. 12, 1952. She graduated from Farragut High School in 1970 and Carson-Newman College in 1974. She married Richard Sloan on June 8, 1974 in Farragut. Pat worked as a Recreation manager for the City of Oak Ridge Parks & Recreation for 27 years. She spent more than 30 years volunteering for the Town of Farragut in many capacities, including chairing the Parks and Athletics Committee.   Pat’s love of recreation started at Camp Ba-Yo-Ca, where she spent her teenage years as a counselor and lifeguard. She later went on to work at Camp Lookup, where she met her husband, Richard. She was blessed to live her passion everyday while working for the City of Oak Ridge, where she created camps and events for children and adults alike.  Pat is preceded in death by her husband, Richard; brother, Randy Marguerat; sister, Nancy Nelson; and father, Elbert Marguerat. Pat is survived by her children: son, Stephen Sloan (Emile); daughter, Laura Rupe (Mike); son, Michael Sloan; brothers, Mike Marguerat (Mary Beth); Al Marguerat (Kim); sisters-in-law, Marie Marguerat and Sandra Anderson (Tony); mother, Peggy Marguerat; grandchildren, Drew, Cooper and Molly Sloan; as well as a host of nieces and nephews. Funeral services were held beginning at 4 p.m., Saturday, July 14, at First Baptist Concord Chapel, with the Rev. Steve Peek officiating. Family will receive friends immediately following the service. In lieu of flowers, memorials may be given to Camp Ba-Yo-Ca. The family of Pat Sloan wishes to extend “our sincere thanks to Tennessee Cancer Specialist, Westmoreland Health and Rehab and FB Concord Stephens Ministry.”

Gregorio Colon Mejias, age 96, of Farragut, formerly of San Juan, Puerto Rico, passed away Sunday evening, April 15, 2018, at Parkwest Hospital. Gregorio was of the Catholic faith but attended Cedar Springs Presbyterian Church with his daughter and family for many years. He was a veteran of World War II serving with the U S Army. Gregorio owned an accounting firm in Puerto Rico before his retirement. He was a loving husband, father and grandfather. He had a great sense of humor and loved making people smile. He is preceded in death by his wife of 47 years, Rosita Castanera Colon. He is survived by his children, Gregorio Colon Castanera and wife, Betty, of South Dakota; Margarita Taylor and husband, Michael, of Farragut; and Rafael Colon Castanera of Arkansas; grandchildren, Greg Colon Fornaris of Puerto Rico; Daniel Taylor and wife, Becky, of Illinois; and Abigail Taylor of Nashville. The family received friends and celebrated Gregorio’s Life Friday morning, April 20, at Click Funeral Home Farragut Chapel. Family and friends gathered at 11:30 a.m., Friday, at East Tennessee State Veteran’s Cemetery along Lyons View Pike for a committal service with Pastor Clay Harrington officiating. Full military honors were conferred by East Tennessee Veteran’s Honor Guard. Click Funeral Home Farragut Chapel, 11915 Kingston Pike, is serving the Colon family. www.clickfh.com

It is with a heavy heart that I share the news of Faris Ashkar’s sudden passing last evening. Faris was a chamber member under his custom woodworking and design business, Artistic Designs. I know many of you did not get to meet Faris, but for those who did—whether it was once or multiple times at weekly Chamber networkings—I’m sure you’ll share in both our sadness at his passing and our gratitude for knowing him. Anyone who met Faris would speak readily of his kindness, warmth, intelligence and creativity. Faris was a longtime resident of the Town of Farragut; he could talk long and well about the growth and change he had seen in this part of Knox County. We at the chamber would often call to check in with Faris if he had not stopped by the office in a while for a cup of coffee to discuss and show off his latest creations. Faris’ son, Charles, asked that his service information be shared with our members because of how much his father loved our Chamber and being involved in it. Faris A. Ashkar Funeral Services (June 30, 1946-February 28, 2018) Saturday, March 3, 2018 1:00 pm – 2:00 pm Viewing at Weatherford Mortuary 158 South Jefferson Circle, Oak Ridge, TN 37830 865-483-6346 www.weatherfordmortuary.com 3:00 pm – 4:00 pm Outdoor Funeral Service at Oak Ridge Memorial Park 1501 Bethel Valley Road, Oak Ridge TN 37831 865-482-2464 www.ormp.info