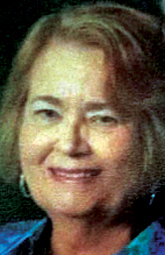 Nancy Livesay Willis of Farragut passed away Thursday afternoon, April 16, at Parkwest Medical Center. Nancy is preceded in death by her parents, Robert B. Livesay and Matilda K. Livesay, and sister, Carol L. Price. She is survived by her husband of 62 years, John D. Willis; son, Dr. N. Dale Willis (Kristina); daughter, DeAnne W. Teague; five grandchildren: Chloe Teague, Ian Willis, Nathan Willis, Callie Teague and Dawson Willis; uncle, Jack Livesay; niece, Jennifer P. Miller; nephew, Brent Price, and several cousins. Nancy attended Virginia Intermont College in Bristol and Milligan College, and received her Masters from the University of Tennessee. She was 2nd lieutenant in the Civil Air Patrol. Nancy was a member of Union Cumberland Presbyterian Church, a member of Andrew Bogle NSDAR in Knoxville and a member of Farragut Garden Club. Private services for immediate family were held Sunday, April 19, with interment in Union Cemetery. A Celebration of Life will be held at a later date at Union Cumberland Presbyterian Church with the Rev. Leonard Turner and cousin Sheldon Livesay, of One Accord Ministry, officiating. Nancy was a loving wife, mother and grandmother who loved her friends and enjoyed her clubs and Bible studies. Foremost in her life was her faith in Jesus Christ, and we are thankful for her testimony. 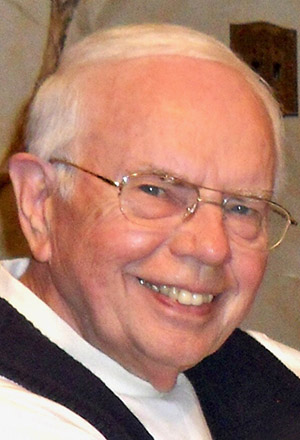 When an explosion crippled the Apollo 13 spacecraft, Galen was chosen by NASA to be part of a team of elite rocket scientists who worked in Houston to analyze “the problem.” Galen was a cryogenics expert who worked for Boeing, Lockheed and Oak Ridge National Lab. Like many in “The Greatest Generation,” Galen came from humble beginnings. He was born in 1934, near Lanesboro MN, to Annette and Alfred Oppegard. Their farmhouse had no electricity or running water. Galen and his brothers walked to the one room schoolhouse. Galen went on to graduate from the U. of Minnesota. He married Joan McAffee, and was blessed with 50 years of marriage until her passing. They loved their eight children: Patricia Dueber, Peter Oppegard-1988 Olympic Champion in Pairs Figure Skating, Peggy Thomas, Pamela Carter, Pierrette Mathes, Paulette Foley, Paul Oppegard, and Preston Oppegard. Galen had fun with his sons-in-law: Peter Dueber, Mike Thomas, Bill Foley and daughter-in-law JJ Oppegard. He enjoyed traveling across the U.S. to attend the events and graduations of his 30 grandchildren and his great grandchild, Ella. Grandchildren: Oppegard: Nolan, Marlie, Jenna, Gavin, Anna, Megan, Olivia, Sophia // Kayla Tyrrell Snider // Dueber: Stephanie, Kaylee, Nicholas // Thomas: Andrew, Will, Brittany, Danielle & husband Kevin Robertson // Carter: Elliot, Madeleine, Eugenia, Hugo, Henry // Mathes: Michael, Julia, John, Joseph, Thomas, Elizabeth // Foley: Kayla, Jack, Adrienne and Great Grandchild: Ella Foley A celebration of Galen’s life will be held at a later date in the Bunker Hill neighborhood where he had lived since 1977. The children in the neighborhood adored “Mr. Galen” and he cherished them. He will forever be remembered for his kindness. Donations may be sent online to Galen’s favorite charity, run by his niece, Linda Oppegard Campbell who lives in Africa and provides a school, food and clothing to needy children in Sseya Uganda. preparethewayministry.com 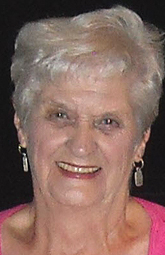 Norma Elizabeth DeFelice, age 88, of Knoxville, formerly of Tampa, Florida, and New Bedford, Massachusetts, went home to be with the Heavenly Father on Saturday morning, April 4, 2020. Norma was a loving and caring wife, mother and grandmother. She loved music, dancing, traveling, sewing, puzzles and bowling, but the legacy that she was most proud of leaving behind is her family, especially her grandchildren. She was a happy and proud Nana. Her grandchildren were her everything. She is preceded in death by her husband of nearly 50 years, Peter John DeFelice Jr. She is survived by her son, John Burdett, and wife, Teri of Jacksonville, Florida; daughters, Debbie Loughrey and husband, Charlie of Farragut, Shelley Butler of Tampa, Florida, Donna Vreeland and husband, John of Pelham, Georgia, and Kathy Driscoll of Knoxville; grandchildren, Lindsy and Bradley, Justin and Shannon, Eric and Kelsey, Derek and Caleb. A Celebration of Life will be held at a later date with interment in East Tennessee State Veteran’s Cemetery. In lieu of flowers, memorial donations may be made to ‘Alzheimer’s Association’ for the benefit of Alzheimer’s Disease Research at alz.org. Click Funeral Home, 11915 Kingston Pike, is serving the DeFelice family.

Jack Dale “J D” Miller, age 84, of Knoxville passed away Friday evening, March 27, 2020 at his home. J D was born in Lansing, North Carolina. He was a veteran of the U S Marine Corps during the Korean War. J D graduated from Penn State University with a degree in engineering. He was co-owner of Concord Watch, Clock and Jewelry Center and was a master watch maker. J D is survived by his sons, Eric Marple and Troy Miller; grandchildren, Brody Miller and Colby Miller; brother, Max Miller; several nieces and nephews. Interment will be in the East Tennessee State Veteran’s Cemetery. 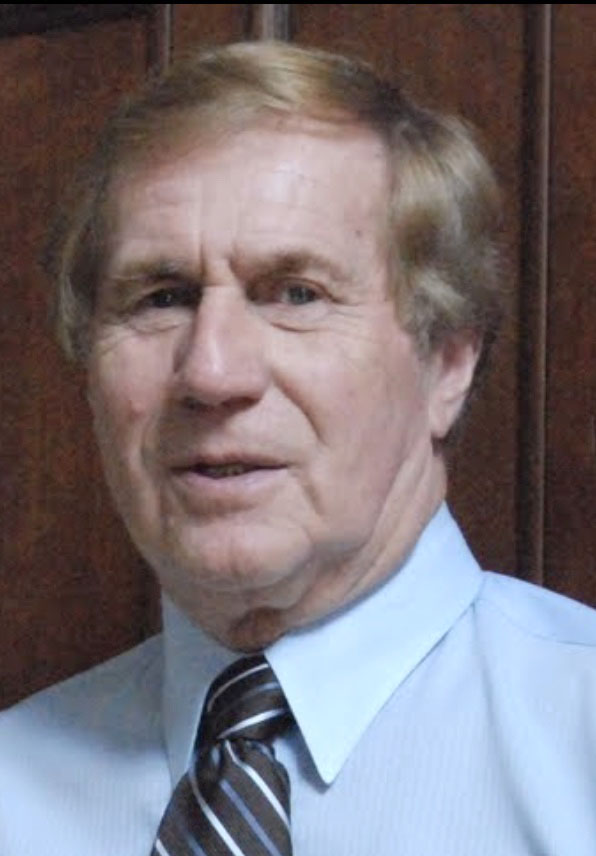 Jerry Donald McMurry, 81, died peacefully on March 31, 2020 at his home in Farragut, TN. He is preceded in death by mother Ruby Walls, his father Harold McMurry, and his step-father William (Bud) Walls. Jerry is survived by his wife Carolyn McMurry, son Greg McMurry, daughter-in-law Melissa McMurry, and his granddaughters Kelsey McMurry, Madeline Simms and her husband Logan Simms, Ansley McMurry, and Kate McMurry. He was also blessed by his devoted friend, Bobby Cloud. Mr. McMurry was born August 2, 1938, in Knoxville, TN. He graduated from Knoxville High School in 1956. He married Carolyn Easterday on October 21, 1961. Jerry was a caring husband to his wife Carolyn, a loyal son to his mother Ruby, and a wonderful father to his son and daughter-in-law Greg and Missy. However, he was the most amazing grandfather to his four granddaughters, Kelsey, Maddie, Annie and Kate. His love, devotion, and service to his family came above everything else and was a source of pride and joy to him. Mr. McMurry was a veteran of the Unites States Air Force. He retired after a long career at the United States Postal Service where he enjoyed working with customers at the Farragut branch. Jerry loved University of Tennessee athletics and cheering on the Vols in basketball and football. He was an avid traveler and loved spending time with his wife at the beach. He loved Christmas, decorations, and giving gifts and always looked forward to the excitement of Christmas morning. Jerry was a long-time member of West Lonsdale Baptist Church and more recently First Baptist of Concord. Due to the current restrictions on gatherings, the family will have a private graveside service at the Oak Ridge Memorial Park. In lieu of flowers, please consider donations to the West Lonsdale Baptist Church building fund 2720 Dayton St. Knoxville, TN 379720. Click Funeral Home Farragut Chapel is serving the McMurry family. 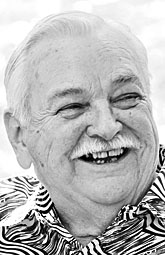 On Wednesday March 25, 2020, Johnny Stephen Tomlinson, beloved husband and father, succumbed to cancer in his own home at 78 years of age. John, a resident of Farragut for more than 30 years, was born Sept. 8, 1941, in Hartford City, Indiana. He was one of two sons and daughter to Harley Andrew Tomlinson and Mary Beatrice (Evans) Tomlinson. He is preceded in death by his son, John Junior Tomlinson, and both his siblings, Emma Jean Jones (sister) and Thomas Michael Tomlinson (brother). John enlisted in the U.S. Navy in March 1960 and received the rank of Chief Warrant Officer (CW3) prior to receiving his commission. After 20 years of honorable service during the Vietnam War and as an Electronics and Communications officer, he retired at the rank of Lieutenant (0-3). After his military service, John led a successful career in electrical and civil engineering across multiple industries around the world. Aside from traveling the world with his family, John had many passions including fishing, diving and was a GIA graduate gemologist. John leaves behind his loving wife, Patcharee Thipayarat Tomlinson, of 41 years; daughters, Priscilla Anne Tomlinson (Colm Doyle) and Rebecca Lynn Crothers (Jared Crothers); and grandchildren, Ava Priscilla Doyle, Ella Kate Crothers and Nolan Allen Crothers. Private viewing was held Monday, March 30, at Click Funeral Home in Knoxville. A public service in Hartford City, Indiana, is pending resolution of the COVID-19 pandemic. May you forever more have smooth sailing, fair winds and following seas.

74, passed away peacefully Tuesday, Feb. 11, ending a long battle with cancer, the one thing his determined (some might say stubborn) demeanor couldn’t make budge. He is survived by his wife, Janice, whom he absolutely adored, and occasionally annoyed; his son, Justin, who still wears way more black and gray than his Dad would prefer; and daughter-in-law, Mollie; his daughter, Heather; and his son-in-law, Bryan, who still gives him pause. He also is survived by his three grandchildren, Caroline Herren and Haley and Henry Davis, whom he loved dearly and provided endless opportunities for laughs and calls for shushing at public restaurants. He also is survived by his brother, Kenneth Davis; sister-in-law, Diane; and nephew, Spencer. Steve was a Vietnam Veteran who bravely flew a helicopter in the Vietnam War. He was the owner of Tennessee Footcare (formerly The Foot Group). He loved Florida (the state, and to the chagrin of his family, the team), boating, tropical water and warm weather. It’s strangely fitting that a cold, dreary February day caused his demise. A casual celebration of life will be held starting at 1 p.m., Saturday, Feb. 22, at Bearden Banquet Hall in Knoxville. Come wearing a hint of color. In honor of Steve, mix up some orange juice and rum and toast one of the finest people to ever walk this earth. Steve, as you were fond of saying ... off you go. 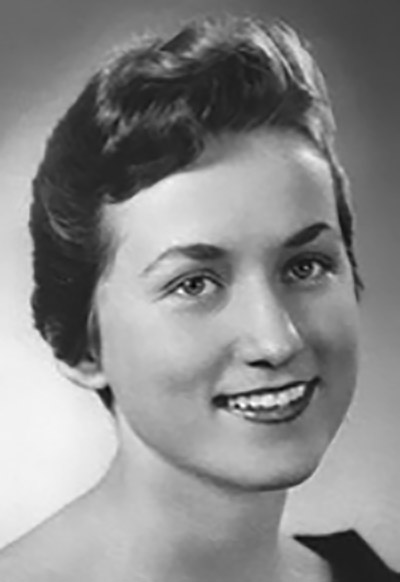 passed away peacefully Jan. 31 surrounded by her children and her devoted husband of 57 years, Harold Stockhoff. She was born Oct 19, 1940 in Gallatin, Tennessee to Lloyd and Louise Alderson. Shirley was raised in her beloved Gallatin surrounded by legions of friends. Voted Most Beautiful, Lady of the Green & Gold and Homecoming Queen, Shirley left a lasting and memorable legacy in the town she loved. Harold and Shirley moved across the country as Harold pursued a career at Eli Lilly and Company, and Shirley focused on raising her four children. After moves to Indianapolis, Columbus, Ohio and Pittsburgh, the family moved back to Tennessee. Shirley was most proud of her four children and happily reveled in their many accomplishments. A member of Central United Methodist Church in Lenoir City, she loved fundraising for a good cause, writing songs, singing in the choir and the opportunity to help others as a Stephen Minister. Shirley is survived by her children and their spouses, Pamela and Scott Daly, Delaware, Ohio; Kelly and Art Stephenson, Knoxville; Jill and Kent Childs, Chattanooga; and Michael and Patrice Stockhoff, Nashville; and her seven grandchildren, Cotter and Cassie Childs, Macklin Stephenson, Kathryn, Anna Claire and William Stockhoff and Nora Daly. She is also survived by her brother, Robert Alderson, and sister-in-law, Marie, Atlanta; cousins Jeanne and Sam Benjamin, Clairemont, California; Pat and Tommy Givens, Gallatin; Chris and Holli Black, Auburn, Kentucky; and Josh and Lindsay Black (daughter Ruby), Gallatin. Shirley’s life was celebrated Wednesday, Feb. 5, at Click Funeral Home, Farragut Chapel, 11915 Kingston Pike. Receiving of friends was from noon to 2 p.m. with service immediately following.